Humour in Hospital #2 - The Ups and Downs of Hospitals


I guess I have a lot of experience on how it feels to be a patient. But, if you've read my previous posts about how I managed to remain happy and positive despite my illness, you may just realise that I view the suffering of my family - my primary carers - as being much worse than my own.

I mean, I could go through all the hard things associated with cancer treatment with a smile on my face, knowing that I could still be happy, and that someday all this will be left behind in my past.

But it'd be a completely different story if that was someone I knew closely who was lying there on that bed for months on end. The pain, the angst, the worry and the fact that I couldn't do much about it seems tenfold worse than anything I went through in my eyes.

What amazed me about my family most was how they managed to always stay happy and cheerful around me.

The journey up those lifts to my ward every day, worrying about whether a fever had settled or not yet, wondering why my blood-counts weren't picking up, all the while juggling bundles of food, blankets and clothing was hard enough as it was - but to do that and still manage to put on a smile between the lift doors and my room's - seemed extraordinary.

But, like me and my hilarious encounter with the MaryJohnson, funny little things kept them sane on those lonely, empty lifts.

I remember, only a few days after starting my treatment, a little kid, probably the son of another patient, who used to run around the corridors of the ward every few days. One day - dad invited him to peer through my window and wave. He was wearing a superman costume - with Clark Kent glasses to match. It was crazy, it was weird - but that smile as he waved his chubby hands was more infectious than anything I'd picked up while in hospital.
A few days later, dad came in smiling a little more than usual.
"What's up?"

"I met Superman again today," he began, chuckling as he sank into the couch by my bed.
"I was coming up the lifts today and it opened on level four instead of five. But no-one was coming in. I looked down and there he was, smiling at me, the cheeky bugger."
"So I looked at him, up and down and he looked back at me - still smiling. I asked him, 'You pressed the button didn't ya?' And he just stood there, hands on hip and said 'Nup." And ran away as the door closed."

It was ridiculous, it was stupid. But damn - just thinking about that smiling kid made me crack a smile.

More importantly, it made Dad smile. 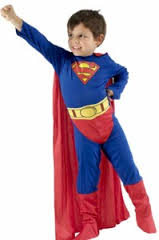 My stem cell transplant, almost 2 years back now, meant a transfer to a new hospital - from Liverpool where I had my first few rounds of chemo to St Vincent's - in the city. It was scary. Not only because it was dangerous, also because I was getting it in a new place - with new nurses and new doctors and, more scarily, new complications.

But it wasn't 100% new. I was the first person to stay in my first room in a new ward in Liverpool hospital - so I got a nicely furnished, freshly painted and, more importantly, well decked out room with a new, flat-screen TV. What I was stuck with now for at least a month though was a smaller, more cramped room with a tiny box of a television that didn't even show half the channels.

Mum and dad begged the head nurse and ward technician to allow us to bring in our own TV from home. But we were denied - some technicality about having to get approval by a government agency before allowing electronics in hospital rooms (no matter how safe the instrument may be). They asked around, tried appealing to the electrical department of the hospital and pulled every string they could - but all to no avail.

One night, the night before I was to start radiation prior to the transplant, Dad had had enough. I was getting deadly bored in that room, and as it was my to be my last trip out of hospital for at least a month, so Dad stashed away our huge 40 inch TV into the boot and drove to St Vincent's at 9:30 pm while I wasn't looking.

I looked on in amazement and burst out laughing as he pulled the huge thing out of the boot and tucked it - somehow - under his arm. Ushering me ahead, urging me to hush the whole while, we walked over to the front entrance, not even blinking as we passed the curious security guard who let buzzed us through the now closed glass doors.

We waited patiently by the lift as the levels blinked down towards the ground floor excruciatingly slowly, only just managing to hold in our laughter until after the lift doors shut. Trying to compose myself and hold back the laughter as the lift trundled up towards ward 9 south was one of the hardest things I'd ever done. The short walk to my bedroom , dad sweating profusely as he held the 40kilogram TV while maintaining a straight face must have been at least ten times harder.

That thirty second ride with Dad cracking up - to the point where he almost dropped the damn thing on his feet on two occasions - and me struggling to smother a giggle that just wouldn't stop was longer than any biopsy, any training session, any boring lecture in my life. And, surprisingly, it happened to be on that usually depressing journey to my cell.

And it transformed this hospital room 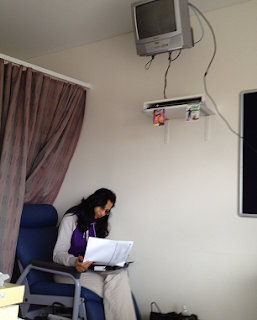 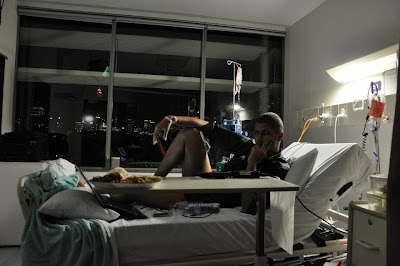 Being comfortable really helps making it that much more bearable.

A talk I did in front of THE LIVERPOOL FOOTBALL CLUB about this very story!

And now - to the tale of the mysterious butter lift. Held in wide regard as a myth by those who know of it, it remains lost to this day. Unbeknownst previously to this rendition of the tale, though, is the fact that it does indeed exist.

'Twas said that in the dead of winter of the legendary year of 2011, sometime before his kinsmen's second battle with the fierce foe of Chemotherapius, that Nirav, the Brother of the Afflicted, had buried a secret treasure - unbeknownst to his enemies, the evil Janitorès, somewhere in the depths of their hideout.

'Twas a stick of the most divine cream purloined by the Spirits, the most sumptuous, nourishing supplement plucked from the bosom of Meadow Lea herself and stolen by the knave in a daring raid of their fortunes.

'Tis said, that this marvelous delight, this sweet nectar, this most perfect stick of butter was sequestered somewhere in the vast reaches of a particular lift in the Infirmiry that is Liverpool Hospital.

The charlatan, Nirav, did himself tell me of this curious treasure but a few morns ago, and eagerly I trekked out in search of this amazing treasure which he insisted still remains unclaimed to this day. Together with a swathe of young scallywags, I embarked on a journey to find this mysterious rune. After an eternity of scouring the various lifts of the hospital, I chanced upon a glimmer of gold and, to my utter surprise, beheld the legendary stick of butter that had been lost years ago.

It still remains, to this day, hidden in the depths of the Lifts of Liverpool Hospital, as fresh and pure as the day it was packaged, preserved and plundered - waiting to be found by those daring enough to try.

Will you be the one to find it?

Whenever I'd think about that minute my family spent alone in the lifts, the sheer stillness and time spent doing nothing but thinking about my struggle seems daunting. I'd imagine them standing there, brooding about my struggle - maybe even crying at times. But these little tales with their associated  quips, these seemingly trivial occurrences, these outstandingly odd events just make it seem that little bit more bearable.

And if anyone manages to find that pack of butter - leave a picture of it in its previous abode and I'll shout you a Subway footlong if it's still there when I have a look...

https://www.facebook.com/musingsofamedstudentpatient <-- If you or a loved one needs help or if you enjoy my blogs or if you're interested in medicine, like my page on facebook =]

Email ThisBlogThis!Share to TwitterShare to FacebookShare to Pinterest
Labels: The funny side of lifts