Chemo Starts Tomorrow. And I'm Looking Forward To It.

Not only was I going through 2nd year, the hardest year of med school, I developed a lung condition that will only deteriorate in time. My skin grew darker, my muscles wasted away and my cramps got worse and worse.

The last of those, the cramps, was what was really killing me.
Not just physically, when they came on, but mentally too.

The thing is, no-one really knows what’s causing my cramps. It seems to happen a lot more than doctors suspect in patients with my disease (Graft Versus Host Disease, where my donor’s blood stem cells creates white cells that don’t recognise, and hence attack me)… but as my doctor at the time bleakly put it, “because cramps are such a non-specific, subjective symptom, and because there are so many things that can cause it, it will never be studied. No cure will ever be found.”

And I believed that. I thought I’d be doomed to suffer silently as my mind screamed out at my body and the torment my wrecked self was giving me. The cramps never let up. And they only got worse over time… It started with them happening every other day at night, then it started coming on some mornings, and soon after, I’d be left cramping, unable to move from my chair in fear of an attack, Every. Single. Evening. They started off 2 years ago only in my calves and abs, and now, every muscle is affected. Even my jaw. I often find myself stopping a conversation because my mouth was gaping and spasming of its own accord...

Last week marked 3 weeks of constant cramping. Ones that would start in the morning (indeed, I’d often be woken up with a cramp), ones that left my muscles aching with every tiny action, sometimes on their own, ones that would never let up. Bringing my arm up to brush would make my biceps burn... typing anything would make my hands curl up like a spider, even going to the bathroom became a dreadful task.

The pain had trapped me. Consumed me in all ways. I was constantly in fear of it coming on. I’d become despondent when thinking about my future. I’d thought, “Why bother living at all” so many times… I’d come to believe my own doctor’s words, that I would suffer this forever.

A glimpse of me trying to move with the cramps.

It’s not like I wasn’t fighting… The last few months in particular, I tried everything. I suggested treatment after treatment to my doctor, but every time, I was turned back. I tried to be positive, told myself to live in the now and not worry about the cramps, to just relax and watch a movie when they did come on… But when they did, I’d curl up and cry, literally and figuratively, and those dark thoughts would come racing back.

So last week I decided to take a dose of my own medicine, and I did what I did when I was diagnosed with this.
I took a step back.
I questioned all my doubts and fears.
And I looked for a way out of this hell. A way that would leave me happy and healthy.

I’d tried to do it before, and I’d kept telling myself that all this would subside in time, and to live in the moment ‘tl then…

I now know that if I’d talked to someone before, I’d probably have come to this conclusion much sooner, and made this journey to a better way much easier. A lesson for everyone I guess - you don’t have to do everything on your own.

So what’s the actual change? And how did I get there?

I decided to do what I did when I relapsed, and was told Ihad a less than 10% chance of surviving.

I looked up anything and everything I could in the literature about my cramps.

I searched and I searched. I stayed up til 5 in the morning days in a row. I was possessed with a fervour I’d lost. A want for something that I hadn’t had in a while. Getting better.

I ended up learning a lot about muscles and nerves and the fuel that they need to work. Things that can go wrong in cramps. And I found many treatments for them. And just as importantly, I found a doctor that was willing to help. A guy who encouraged using our arsenal of weapons against disease. A guy who looked at me as a whole, who wanted to hear about and treat even niggling concerns in my life.

Here’s a document I made with all of that if you’re goingthrough the same thing. It's a bit technical, make sure you ask your doctor about things - but I'm happy to talk about them too.

And tomorrow, I start a therapy that may well cure my cramps. I’m a bit scared; it’s a chemo drug that has all the side effects you’d expect chemo to have. But this is something that has proof behind it – this is something whose workings and mechanisms I get, and can get my mind to believe in. And I finally believe I’m gonna get better again. If not with this drug – then the next, or the one after.

I guess you need that in life. Losing it made me realise just how empty it can get without it. And I also know now that no matter what, you can always give yourself that meaning or purpose.

It may take a while to get it sometimes, but if you’re struggling, know that you can still get there. Sometimes a little help is necessary. If someone around me had asked – “what happened to the old you?” I would have written this post months ago.

But know this, whoever’s reading - you’ll always have that someone in me.


Wish me well, cause I don’t need luck - Nikhil 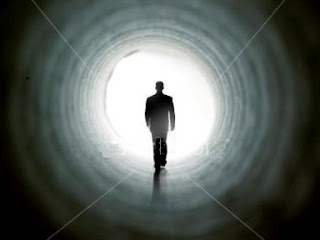 Posted by Nikhil Autar at 1:21 PM No comments: Links to this post