I still remember it. The day before, my hipbone had an 8 gauge needle pushed and twisted through it. Without anesthesia, or even the mildest form of sedation. I lay on my back there that day hoping, against all hope, that it was anything but the disease the ED nurse had suggested the night before.

The pain was unbearable. The setting, foreign. The anticipation... excruciating. Until the next day, my doctor, this man I'd only heard of til then, entered the room, looked at his clipboard and sighed that phrase...

I still remember it. The hours spent crying into my pillows, into my mothers arms. The hours of me asking, demanding of anyone nearby, the answer to this question. WHY ME?


All I saw in my future was pain. Misery... Death.

And those things, I would go through or get near to, at some point...

I couldn't picture myself alive 4 years from then, yet alone think about where I'd be. I had no idea I would be here though. I guess I'd assumed that after the whole thing was done and I was lucky enough to still be here, I'd be back to... well... me. That I'd be running around, without a worry. Playing hoops again. Studying, making new friends. Being normal, for once.

I guess I wasn't expecting the journey, and life beyond cancer to be that hard. But it has been hard. Excruciatingly so.
Much of the pain was from the treatments itself. But I guess over the years... well... I got used to dealing with that. I went from being so scared of getting a blood test that I'd refuse to give them, risking my own health, maybe my life in the process, to smiling before bone marrow biopsies (well, until the needle entered at least).
The initial fear of the diagnosis, of what was to come and the anxiety of all the bad things that had happened to me since... well, my attitude, this amazing habit I'd formed of taking a step back and questioning my doubts and fears... that rendered that pain moot too.

What's really been hard though was dealing with was the lasting effects of cancer. The ones not too many know about. The ones we seem to not want to acknowledge.
The self-consciousness, the social-anxiety that came with a young man changing so fast.
The deeper, more ground-shaking extrapolation of that.. when he feels his capability, his mind; his ability to function are being taken from him. One by one.
The pain, that horrid, loathsome pain, that lingers, and saps away at his spirit as it leaves him a husk of what he used to be. Every. Single. Night.
And the depression. From the frustration of it all. From the loss of dear friends, and innocent souls; both to cancer, and this bleak, dreary world. And from the Constant. Unending. Battering of his mind and body. The one he hasn't spoken about to you yet...

It's been a tough journey. And overwhelming one. It still is at times. But at the same time, I didn't expect, 4 years ago, when I was in agony in that bed, that I'd be the man I am today. That I'd be so God Damn Lucky. To have the best friends, the best doctors, the best nurses, and the Best Family to get me through this.

From the constant unwavering support, the laughs they forced out of me, the words of wisdom they dispensed (whether I liked it or not), and the chance of  a lifetime, the chance to pursue my dream of living a life where I could helping others; from that I was blessed.

I didn't feel blessed the whole time. Often, and sometimes still, I feel quite the opposite. But today I really do.

This thing has taken a lot. But it's given me a lot more. This ability to think, more widely, more objectively, more logically than ever before. The chance to help hundreds, maybe now a thousand others through their pain, and through their life through my experiences. And this talent, well, this habit (for, as I always maintain, what I did didn't require any innate sense of bravery or wisdom. It's something entirely replicable, by EVERYONE on this planet), of always focusing on, and looking at what I can do to beat something, rather than what I couldn't.

The final thing I wanna say... is thank you. Not for following my blog, not for giving me the chance to do this, not for making me feel worthwhile, but for opening me up to so many new experiences, thoughts and ideas. And for proving to me that EVERYONE has the ability to change their lives, and themselves, for the better. 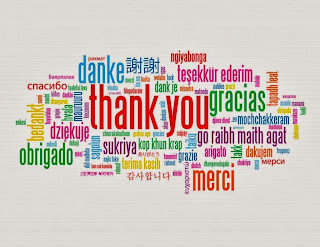 Email ThisBlogThis!Share to TwitterShare to FacebookShare to Pinterest
Labels: 4 years, cancer, cancer diagnosis, It's been 4 years, life after cancer